We Do Business Your Way!™ 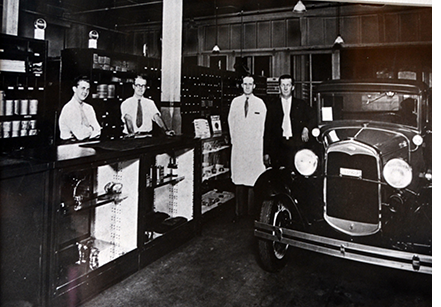 The name Long-Lewis™ dates back to 1887 and first appeared on a hardware store in Bessemer, Alabama. In 1915 Henry Ford began granting Ford franchises to dealers and one of the first granted was to the Long-Lewis™ Hardware Company. Its owner, William J. Long, showed interested in the “horseless carriages” about four years earlier when he purchased his first Model T from a man who won the car in a raffle. Although a train destroyed Mr. Long’s Ford after it stalled on a railroad track, he was still convinced that the “automobile” was the vehicle of the future.

Fords were shipped to Long-Lewis™ in boxcars, and the train stopped in Birmingham to unload the new automobiles. The wheels were put on at the railhead, and they were then driven to the hardware store in Bessemer. In 1921 a two-story addition was added to the hardware building to house the “Ford Division” of Long-Lewis™ Hardware Company. In 1929, a second hardware store was opened in downtown Birmingham. 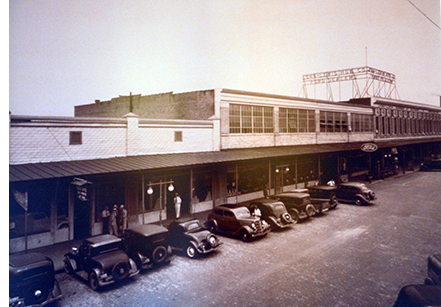 In 1965 the Ford Division moved from the hardware store in downtown Bessemer to a separate location on the Bessemer Super Highway. In 1982 the Bessemer site of Long-Lewis™ Hardware Company closed for good. Vaughn Burrell, the long-time General Manager bought out William Long in 1986 to become the sole owner of Long-Lewis™. In 1999 Mr. Burrell moved Long-Lewis™ Ford Lincoln from Bessemer to its new facility in Hoover, Alabama.

In 1996 Vaughn Burrell agreed to a partnership with, long-time, valued employee, Todd Ouellette in Muscle Shoals, Alabama. After a 5-year successful partnership, Todd bought out Mr. Burrell at the Muscle Shoals location and started expanding the Long-Lewis™ Automotive Group into communities such as Florence, Montgomery, Prattville, Selma and Corinth, MS. 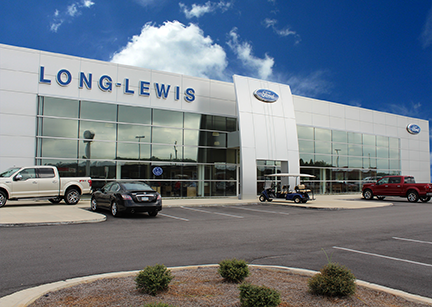 In 2020 the Burrell family sold the Birmingham dealership to Todd. This was a very special and long-awaited transaction. Todd invited longtime friend and business colleague Allen Vines in as a partner and to serve as Dealer Principle for Hoover. Allen and Todd both started their automotive careers together in the early 80s at Long-Lewis™ in Birmingham, and they were also partners in Corinth. Todd’s son, Christopher Ouellette and Vaughn Burrell’s grandson, Joe Burrell were also invited in as partners. When asked what’s next for Long-Lewis™, Todd commented, “Long-Lewis™ will always be family owned and operated. When I say family, I am referring to the ‘Long-Lewis™ Family’. We are a family at Long-Lewis™. There is a lot of family history in that name!”

The Long-Lewis™ Automotive Group is by far the largest automotive retailer in Alabama. They currently own and operate 5 Ford dealerships, 2 Lincoln dealerships plus Honda, Volkswagen, and Mitsubishi dealerships. They retail approximately 1,000 vehicles a month and they are 11 times larger than the average dealership. 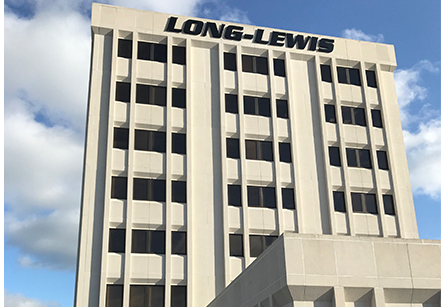 And Long-Lewis™ excels in Employee Satisfaction. They focus on creating a work environment that promotes a family atmosphere and employee longevity. As a result, Long-Lewis™ has been recognized multiple times by Automotive News as one of the Nation’s Top 100 ‘Best Dealerships to Work For’ out of over 17,000 dealerships in the U.S. and Canada.

If you haven’t already, please come see how we are different. You will see and feel the difference as soon as you walk in our door. You are always welcome, and we sincerely appreciate to opportunity to earn your trust, business and support.

Honesty. Integrity. No Nonsense. That’s How You’ll Be Treated Every Visit.

We Do Business Your Way.™